All In Aviation Soars with Newest Additions to Flight Instructor Team

“Whether it’s a result of pandemic-induced lifestyle shifts or the global pilot shortage, we’ve experienced a remarkable surge in first-time private pilot students over the past six months,” said Paul Sallach, president of All In Aviation. “By hiring additional CFIs like Stephanie, Aaron, Jake and Braden, we can continue to meet the steady demand for private pilot training as well as advanced flight certifications. 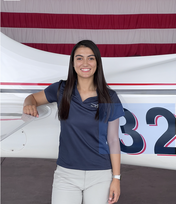 Stephanie White, Certified Flight Instructor at All In Aviation
Stephanie White
A Las Vegas native, White attended the College of Southern Nevada where she earned her Associate of Applied Science in Aviation Technology, and the University of Nevada, Las Vegas (UNLV) before attending Elite Aviation where she earned her private and commercial pilot licenses, her ASEL certificates and ratings. A few years later, she attended Cactus Aviation where she earned her certified flight instructor certifications (CFI/CFII) and gained experience instructing with a diverse company fleet as well as privately owned aircraft. White is a current member of the Las Vegas Chapter of The 99s and Women in Aviation, organizations dedicated to connecting and advancing women in all aviation career fields​ 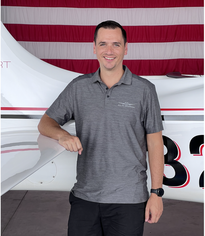 Aaron Adams, Certified Flight Instructor at All In Aviation
Aaron Adams
A graduate of Brigham Young University (BYU), Adams attended Flyright Aviation at North Las Vegas Airport and ATP Flight School’s airline career pilot program where he earned his private pilot license (PPL), his instrument rating, and flight instructor certifications. Prior to pursuing a career in aviation, Adams was a Second Lieutenant in the United States Airforce Inactive Ready Reserve. After having the opportunity to fly as an introduction to flight medicine, Adams left the medical field and decided to pursue his newfound love of aviation. 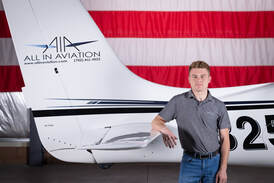 Aaron Adams, Certified Flight Instructor at All In Aviation
Jake Przybylski
After taking a discovery flight in 2018, Przybylski got hooked on aviation and enrolled at AeroGuard Flight Training Center in Phoenix, Arizona where he earned his private and commercial pilot licenses, became instrument rated (IR), and earned his certified flight instructor certifications (CFI/CFII/MEI). His advice to those debating on following their dream career is a quote from Herb Brooks, “Risk something or forever sit with your dreams. 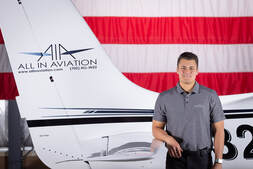 Braden DeBenedictis, Certified Flight Instructor at All In Aviation
Braden DeBenedictis
While planning to pursue his master’s degree, DeBenedictis came to realize that working in healthcare administration was not a career for him. After discussing aviation career opportunities with his now-mentor, who flies for American Airlines, DeBenedictis changed course and dove into aviation. In May 2021, DeBenedictis enrolled at ATP Flight School in Ogden, Utah where he earned his private and commercial pilot licenses, instructor certificates, and aviation ratings 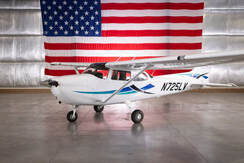 With an emphasis on quality customer care, All In Aviation’s flight instruction is led by highly experienced and professional certified flight instructors. From Cirrus to Cessna, All In Aviation’s fleet includes the safest and most sophisticated piston aircraft on the market, equipped with Garmin Avionics technology, glass panels, air conditioning, and – included on all Cirrus Aircraft models – a whole-airframe parachute system.

All In Aviation has two locations to serve Southern Nevada, located at Henderson Executive Airport and North Las Vegas Airport. For additional information call 702-ALL-IN22 (702-255-4622), visit​​ https://www.allinaviation.com/ or follow All In Aviation on social media on Facebook at @AllInAviation and Instagram at @AllInAviation.
Media Contact:
Gina Yager
GYC Vegas
(702) 480-8980
​gina@gycvegas.com