Guests can learn about becoming a private pilot, and explore All In Aviation's Cirrus & Cessna aircraft fleet 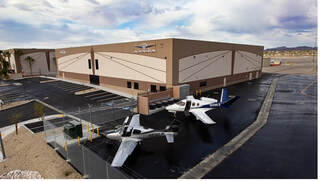 All In Aviation to host an open house event celebrating the first anniversary of its Henderson Executive Airport facility on Friday, April 16 from 3-7 p.m.
Las Vegas, Nev. – In celebration of the first anniversary of its new Henderson Executive Airport (HND) facility, All In Aviation will host an open house event Friday, April 16 from 3-7 p.m. Open to the public, the family-friendly event will feature aircraft on display, as well as information on general aviation and how to become a private pilot.

Guests with an interest in private pilot training can learn about the process through a special presentation on All In Aviation’s flight school and aircraft rental programs, as well as tour through the complex. Recognized throughout the general aviation community as one of the top flight schools in the U.S., All In Aviation specializes in training as well as aircraft rental, management, storage and sales. 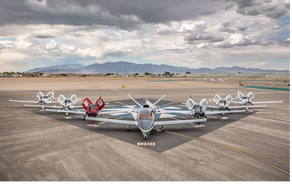 Guests can tour All In Aviation’s fleet of Cirrus Aircraft SR20’s and SR22’s, the SF50 Vision Jet, and Cessna 172 Skyhawks.
All In Aviation will feature its fleet of 12 aircraft on display for attendees to explore including Cirrus Aircraft SR20’s and SR22’s, Cessna 172 Skyhawks, and the Cirrus SF50 Vision Jet. Recognized as the world’s first personal jet, the SF50 is the most sought-after personal aircraft in general aviation, and All In Aviation is the only flight school in the Southwestern U.S. to offer flight training in this aircraft with a typed-rated, certified flight instructor.

Officially opened in April of 2020, All In Aviation’s facility was built in partnership with maintenance provider Lone Mountain Aviation to serve the growing needs of the general aviation community in the south valley, and is the first purpose-built, multi-use aviation complex of its kind at HND. Located at 1456 Jet Stream Drive directly across from the new Raiders headquarters, the complex includes 9,000 square feet of office space, a premier retail shop for pilots, eight training rooms, a full-size ground school classroom, an avionics workshop, a parts department, and an 18-person conference room overlooking the complex’s 22,000 square-foot maintenance hangar. 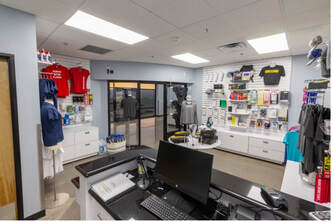 Southern Nevada’s only brick and mortar retail pilot shop, located at All In Aviation at Henderson Executive Airport.
The customer lounge features sweeping views of Henderson’s southern mountains, framed by the facility’s taxiway of 25 aircraft storage hangars – including 16 “T” hangars for small personal aircraft and 9 box hangars for mid-size business jets, all of which are 100% leased and occupied.

All In Aviation is also looking forward to debuting a 3-day ground school program, which is currently in development to attract pilots from all over the country. 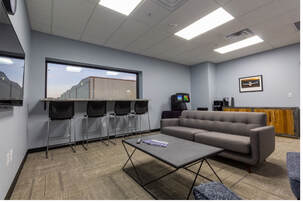 With an emphasis on quality customer care, All In Aviation’s flight instruction is led by highly experienced and professional certified flight instructors. Open to anyone, private pilot training is conducted in the air and in a classroom setting, with students certified after completing a minimum of 40 hours of instructed flying.

From Cirrus to Cessna, All In Aviation’s fleet includes the safest and most sophisticated piston aircraft on the market, equipped with Garmin Avionics technology, glass panels, air conditioning, and – included on all Cirrus Aircraft models – a whole-airframe parachute system.

All In Aviation has two locations to serve Southern Nevada, located at Henderson Executive Airport and North Las Vegas Airport. For additional information call 702-ALL-IN22 (702-255-4622), visit https://www.allinaviation.com/ or follow All In Aviation on social media on Facebook at @AllInAviation and Instagram at @AllInAviation.
Media Contact:
Gina Yager
GYC Vegas
(702) 560-6590
​gina@gycvegas.com